Farewell for Now.. and the Inuit

If you've been checking in here lately, I apologize for the lack of updates.  I have been way busier with Paleo Plan than I thought I would be, and keeping up with both blogs has proven to be too hard for my sometimes writers blocked brain.  If you want to read my stuff, please visit www.paleoplan.com, as it's updated three times per week.  Although this blog isn't officially retired, it's definitely not going to see any love for at least a month, while I'm in Spain (woo hoo!).  Until further notice, follow me here - the information on Paleo Plan is very often applicable to everyone  - not just Paleo eaters.  Thanks for your continued support!  For now, here's my latest from Paleo Plan - it's the first of a series of hunter gatherer profiles: the Inuit.

There's not much that fascinates me more than the diets of non-modernized people. Whether it be the present day Suri tribe in Africa, the Swiss mountain dwellers of 100 years ago or the ancient South Pacific islanders, it's all downright riveting to me. In my free time I watch movies about them, read books on what they ate, and compare it all to our modern lives. I'm a food dork in the weirdest way.

The more I learn about them, the crazier it is to me that our society thinks of hunter-gatherer people as unfortunate. They sure look better than most Americans, act way happier, and their blood work shows that they're generally healthier than we are, too. To be precise, they're not dying of diabetes, cancer and heart disease. What's really interesting to me is that the diets of these cultures are so varied. One is eating rats and beetles, while another is eating corn and cows' blood. Some are eating everything doused in seal oil. Which brings us to our hunter gatherer profile du jour: the Inuits.  Whether you like it or not, I'll be writing a whole lot more on the many hunter gatherer tribes of the world, ancient and recent.  The Inuit people seemed a good place to start - they're the extremest of the extreme.  Read on...

Eskimo or Inuit?
We hear a lot about the "Eskimos" - we even write songs about them. They live in igloos on glaciers and eat seals, right? Well, yes. Let's first get our semantics straight, though. The term, "Eskimo", is actually considered derogatory now by many people (interestingly, because it's thought by some to mean "he eats it raw", which they do sometimes, but I digress...).  The term "Eskimo" refers to the indigenous people of the Inuit and Yupik tribes who traditionally lived in the regions around the north pole from eastern Siberia, across Alaska, Canada, and Greenland. They're now known as "Inuit" people, but the Inuit people are not confined to just the Inuit tribe.  Many of the tribes who used to be known as Eskimo are Inuit.  It's kind of confusing - if you'd like to perplex yourself further about all the different tribes, names, languages, and contention that surrounds them, read more here.   What you need to know is that when I say Inuit, I'm talking about the seemingly superhumans who have figured out, in supreme style, how to hash it out in the coldest of cold environments.

These people have lived in very cold, agriculturally desolate areas for a very long time.  Their culture has stayed very much the same for potentially thousands of years, only recently (in the 1900's) being exposed to things like guns and modern clothing.  At least two explorers have (at separate times) visited and studied the Inuit people, the dentist and "Darwin of Nutrition",  Weston A. Price, and the anthropologist, Vilhjalmur Stefansson.  Here is what they found out about their diet.

Weston Price's Findings
In 1933, Weston Price and his wife traveled to many areas of Canada where indigenous people lived.  He sought out the most secluded, untouched groups of people and compared their facial bone structure and amount of tooth decay with their more modernized counterparts.  By modernized counterparts, I mean people of the same descent, sometimes relatives, who were in contact with and chose to eat pre-packaged food from America in varying amounts.

Price had found that his dental patients in America had terrible teeth, and he presumed it had to do with the country's declining diet, so he traveled the world to see what other people ate, and how their health compared.  The purpose of his studies, in his own words, was "to glean data that will be applicable for use in correcting certain tragic expressions of our modern degeneration, including tooth decay, general physical degeneration, and facial and dental-arch deformities, and character changes."  Big stuff.  He believed strongly that the state of our teeth was indicative of our overall health. Read his book if this interests you - it's amazing.  What he found was a vast difference in the amount of tooth decay between the native people who'd lived entirely on their traditional food and those living on refined, American, processed food. In one area (which was not an abnormal area), there was a 144 fold increase in tooth decay among the processed food eaters...

What They Ate
The traditional diet looked something like this: LOTS of sea creatures like salmon (fresh and dried), much of which they caught with spears from small kayaks; salmon eggs (often dried), seals (also speared from their kayaks), walrus, other fish, and seal oil (rich in vitamin A).  The fish was often dipped in seal oil before being dried.  From the land, they hunted caribou, moose, reindeer, various birds, and other game.  In the summer, they gathered nuts, kelp, berries (including cranberries) that were stored by freezing (it was still very cold during the summer), flower blossoms and sorrel grass, both preserved in seal oil.  Also, very important were the organs they harvested from larger sea animals, like whale skin (a good source of vitamin C) and seal livers (an excellent source of vitamin D).  So even without an abundance of fruits and vegetables, they were still getting their nutrients, including a fantastic amount of omega 3 fatty acids.  As one expert in "Eskimo" nutrition says, "There are no essential foods—only essential nutrients. And humans can get those nutrients from diverse and eye-opening sources."

To show you the differences in the health of the traditional eaters compared to their standard American diet scarfing relatives, here are some pictures of the people Price found.  The first set are of traditional diet eaters.  A couple of notes: the top left woman has a broken tooth, but she had no tooth decay and had at least 26 children.  Their teeth are ground down because sand naturally blows into the fish and fish eggs while they're drying, so they end up eating it.  They also use their teeth in the leather tanning process, which wears them down.  They all have prominent facial bone structure compared with the pictures to follow.  On the bottom are some photos of Inuits who were eating the American food.  I think they speak for themselves:


Vilhfalmur Stefansson's Findings
Vilhfalmur Stefansson wrote a book about his stay with the "Eskimos" called My Life with the Eskimo, which, for some reason you can read online here.  He was with them before Weston Price, and found similar things in his studies.  Namely, that you can thrive on a very, very low carbohydrate diet.  For up to 6-9 months of the year, they ate nothing but meat and fish. Stefansson noted that his hosts got the necessary nutrients in the winter without much (or any) vegetable matter by eating the organs and oils we talked about above. He reported that there were no ill health effects to them or himself when he lived with them (he stayed with them for 11 years total), and for that he came up against a lot of scrutiny.  He proved his naysayers wrong by going on a year-long meat and entrails-only diet and maintaining excellent health.
The traditional Inuit diet is the lowest in carbohydrates and the highest in combined protein and fat of the many hunter-gatherer diets that have been studied.  I chose to write on the Inuit first in this series of hunter gatherer profiles for a reason: I think it's the most fitting to fly in the face of the conventional belief that a lot of fat and protein is bad for you.  Just goes to show that it can work if you're eating the right kind of fats and proteins...
Newer Posts Older Posts Home
Subscribe to: Posts (Atom) 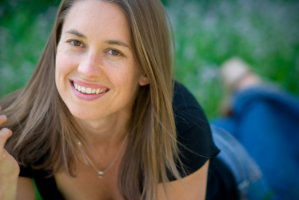